Though the exact origin of kites are not known, it is known that they were flown in China and the Malay Archipelago two to three thousand years ago. The earliest written accounts of kite flying were the exploits of the Chinese general Han Hsin, Han Dynasty (206 B.C.-220 A.D.). During one military campaign, the general was said to have had a kite flown above a besieged town to calculate the distance his army would have to tunnel to reach under the city wall. Knowing the exact measurement, his troops surprised their enemy and were victorious.

The popularity of kite flying spread from China along trade routes to Korea, India, and Japan. They arrived in Korea in the period of the Three Kingdoms (4-645 A.D.). During the Silla dynasty (595-673 A.D.), General Gim Yu-sin was ordered to subdue a revolt. However, his troops refused to fight after a large shooting star appeared to have fallen from the sky. It was believed that this was a bad omen. To regain control, the next night the general had a kite carry a fire ball into the sky where it disintegrated. His troops, seeing the shooting star returning to the sky, rallied and routed the rebels.

Kites were brought to Japan around the 7th century by Buddhist monks. They were used as magical figures or “talismans” to avert evil spirits and as invocations for a rich harvest. In the Edo Period (1603-1868), kite flying became very popular when, for the first time, Japanese people below the samurai class could fly kites. The Edo (now Tokyo) government tried unsuccessfully, to discourage this pastime because “too many people became unmindful of their work.”

In 1712, a thief named Kakinoki Kinsuke is said to have used a large kite to carry himself to the top of Nagoya Castle. There, under the cover of darkness, Kinsuke stole the scales from a pair of golden dolphin. The luckless Kinsuke boasted of his exploits and was captured and boiled in oil.

The first lighter-than-air balloon was flown in 1783 and the first powered aircraft took flight in 1903. These are very recent when compared with the age of kites.

The earliest evidence of Indian kite flying can be seen in miniature paintings from the Mogul Period (1483-1530). A favorite theme was of a young lover skillfully dropping his message-bearing kite onto a roof top and into the hands of his waiting love, where his fair maiden was held in strict seclusion from the outside world.

We know from early accounts that the people of Micronesia had known about kite fishing for centuries. A leaf kite allowed bait, made from a thick loop of spider’s web, to be placed on the surface of the water where the gar-fish fed. A fish was snared when its long snout became entrapped by the loop.

The Polynesians also have a long kite history. One of their myths tells of two brother gods, Tan and Rango, who introduced kites to man when they challenged each other to a kite duel. The bout was short lived because young Tan’s kite became entangled in a tree while Rango’s flew free and high. Today, in celebration of the event, the person whose kite flies the highest is honored by having his kite dedicated to Rango.
The earliest Malay reference to kite flying comes from the 15th century Malay Annals. Rajah Ahmad, the eldest son of Malacca’s Sultan Mahmud, once cut all the kites from the sky with a large kite, flown from strong fishing twine. The next day the Rajah went through the same process until he found Hang Isa Pantas’s smaller kite. Unknown to the Rajah, Hang had applied jungle gum and powdered glass to his twine. When the two lines crossed, the Rajah’s parted and his kite tumbled to the ground.

Around the end of the 13th century, stories of kites reached Europe via Marco Polo. European illustrations of the period show dragon or pennant-shaped kites based on non-flying, three dimensional, Roman military banners.

Later, in the 16th and 17th century, Europeans, most prominently the Dutch, found a sea route around the Cape of Good Hope and began trading throughout the East Indies. It was through their contacts with the Malay Peninsula that the fore-runner of today’s diamond kite was introduced to the west.

Because they were regarded as curiosities, kites at first had little impact on European culture.

In the 18th and 19th centuries, kites were used as vehicles for discovery. Men like Ben Franklin and Alexander Wilson applied their knowledge of kite flying to gain a greater understanding of the elements such as electricity.

Others, such as Sir George Cayley, Samuel Langley, Lawrence Hargrave, the Wright Brothers, and Alexander Graham Bell experimented with kites and contributed to the evolution of the airplane.

One of the strangest uses of kite power was developed in 1822 by George Pocock, a U.K. schoolmaster. Pocock created a carriage pulled by a pair of arch top kites. His “char-volant” was capable of speeds of up to 20 miles per hour. The kites were flown in tandem and steered by four independent lines. Since the road toll was based on the number of horses pulling a carriage, this horseless rig was ruled exempt from road tolls because no animals were used.

After years of research and experimentation, the Wright Brothers tested their flying-machine as a kite before they flew it as the first manned airplane in 1903.

As the airplane became firmly established, there is little evidence to show that kites were used other than for recreational flying.
The main styles of kites flown for the next fifty years were the 3-stick Barn Door, the Diamond, and the Box kite.

The doldrums in kite development were broken for short periods by World War I (1914-1918) and World War II (1939-1945). World War I created a practical use for trains of man-lifting kites. The British, French, Italian, and Russian armies all had kite units for enemy observations and signal corps.

As in World War I, the German Navy sent observers aloft from surfaced submarines, but this time they used highly maneuverable rotating, gyroplane kites.

Since World War II there has been renewed interest in kiting. For example, two of this century’s greatest kite innovations, Rogallo’s flexi-wing (1948) and Jalbert’s parafoil (1964) kites, helped develop the modern hang-gliders and sports parachutes, respectively.

In 1972, Peter Powell from England made the dual line stunt kite popular. This led to the public’s awareness that kiting could be a “sport” and not just “child’s play.” With the “kites are for kids” stigma removed, many adults (and children) are again enjoying this healthy, active pastime.

The renaissance in the west has led a number of Asian countries to revive their own kiting heritage. Today Kite flying is a worldwide sport, recreation, and pastime for thousands of people – from the very young to the eldest, in almost every culture. There are regular kite festivals celebrated annually. There are national and international kite competitions for single-line, dual-line, and quad-line kites.

Kites are used for traction on snow, ice, water, and land reaching speeds of more than 40mph. Kites are regularly used for science, artistic expression, celebration, and decoration. 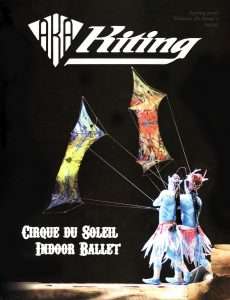